At the bottom of the Holy Meteora Rocks and not far from Kalampaka is located Kastraki (=small castle), the picturesque village which took its name from a small Byzantine castle, whose ruins are still saved today. 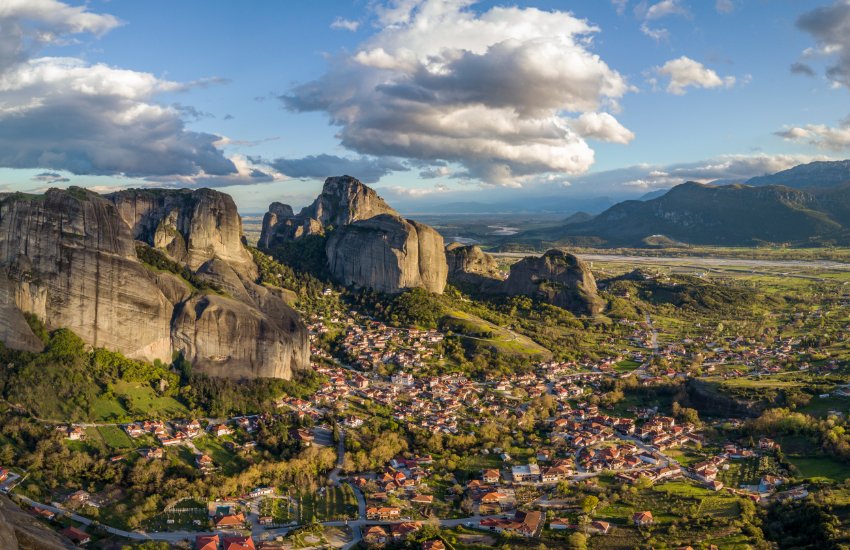 The amphitheatrical built village has been classified as a traditional resort under preservation and with the wider region of Meteora, is included in the list of Cultural Heritages Sites of UNESCO. The region is deeply connected with the history of monastic life, as the monks of Meteora owned areas, where they have been growing their vineyards for centuries.

Kastraki, while is a world-class destination for climbers from all over the world, it preserves the important local tradition, customs and traditional lifestyle. Its rich natural beauties amaze every visitor and guide him through picturesque and secret hidden paths to small churches, ruins of monasteries and monks old hermitages.

What to Do
Get to know the unique geological phenomenon of the creation of the rocks through the live 3D presentations at the Museum of Geological Formations of Meteora.
Don’t leave without tasting the delicious local recipes, in one of the many traditional taverns of the village.

Must Try
Go to the church of Saint George of Mandilas to see from close up the colorful scarves, dedicated to Saint George, which are hung in the cave every year by faithful climbers, as a gift to Saint. This is a traditional custom, which proves that faith and tradition coexist with climbing in Meteora.