The Monastery of Saint Nicholas of Anapafsas is literally suspended in air on a small rock and is the first monastery that we meet on our way from Kastraki village to the stone forest of Holy Meteora.

The monastery was founded at the end of the 14th century, when ascetics lived on top of the rock for the first-time. The name of the monastery is possible to be due to one of its first owners, but there is no historically confirmed information about it. Another theory of the name of the monastery is attributed to the etymology of the word, from the verb (I) “rest” [in Greek language αναπαύομαι “anapavome”], so “Anapafsas” means a place of rest and recreation or a place that offers spiritual rest. The other name of the monastery “Asmenos”, is also interpreted as a pleasant place to stay.

The monastery was radically renovated in the early 16th century and rebuilt again vertically on three floors. On the first floor is the chapel of Saint Antony and the crypt, on the second one the church of the monastery dedicated to Saint Nicholas and on the third floor the old dinning room, the monks cells and the chapel of Saint John the Baptist. On the top of the rock stands proud the stone bell tower.

Admire the unique hagiography of the monastery, which was made in 1527 by the famous Cretan painter Theophanis Strelitzas and it is his oldest signed work. The mural with all the special characteristics of the art of the hagiographer, which significantly influenced the painting of the 16th century, surpass any expectation and surprise even the most demanding art-lover. Don’t miss to stand in front of rare depiction that Adam’s gives names to animals. 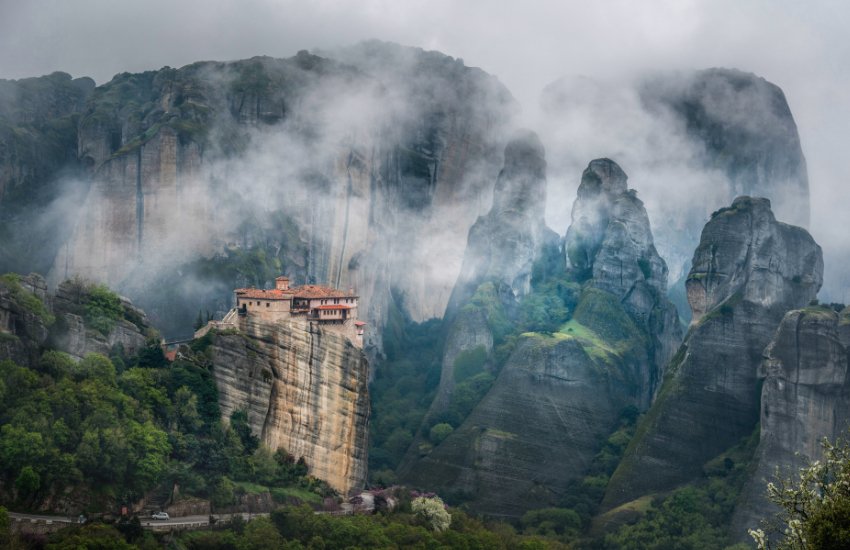