Meteora. The State of Rocks

Meteora: A majestic and impressive forest of rocks, a complex of huge dark rocks made of sandstone, whose formation is a result of physical and geological growth, “captures” the eye and causes awe. 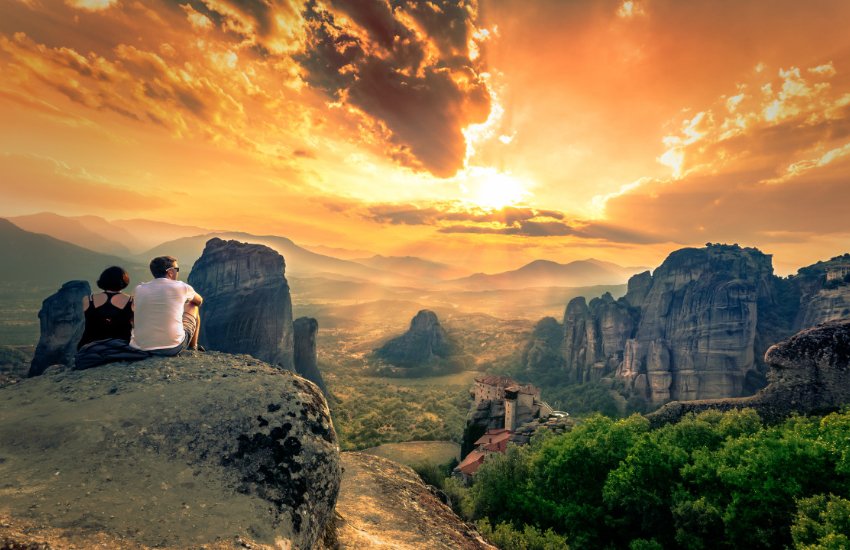 They are located at the roots of the Kamvounia mountains (Chasia) and the town of Kalampaka, in the exit of Pineios river in Thessaly. Those who have visited the area calls them the “Grand Canyon” of Greece.

The word “meteoro” means “I’m floating over the ground, without moving towards any direction”, and that’s exactly the case with the legendary monasteries of Meteora, which balance on the steep tops of the rocks, causing awe all over the world.

High, over the landscape of Meteora, dozens of monks and nuns live in the legendary monasteries, which are located at the edge of the rocks. Before centuries, the places of worship had to be isolated in order to offer peacefulness and protection from unexpected invasions. Today, these orthodox monasteries are one of the most popular destinations in Greece, and one of the most outstanding sights not only in Greece but also all around the world.

The Rocks of Meteora
The rocks of Meteora are extremely steep with uncommon shapes of average height 313m from the ground and cover an area of 3 kilometers from South to North and 2 kilometers from West to East. According to studies the rocks were created 65 million years ago during the Paleogene period. They took their current shape from the corrosion, the erosion and the earthquakes. However, the creation of such geological scenery remains a mystery even today, although a lot of Greek and foreign geologists have tried to explain it.

Legends and Stories
There are a lot of stories and legends concerning the uncommon shapes of the rocks. According to them almost 65 million years ago there was a huge lake (the whole Thessaly). Then, a big part of the two mountains Olymbos and Kisavos (the current Tembi) collapsed and all the water of the lake was poured into the Aegean Sea, leaving the current rocks of Meteora behind.

The German geologist Filispon, who visited Meteora in the end of 19th century, has a different explanation for the creation of the rocks. According to him, the rocks were created from the pebbles, the sand and the rest material which transfered from a large river, that was poured here for millions of years.

Source of inspiration for successful screenplays
The wind-battered stones which are raised over the earth with the steep vertical rocks form a dramatic scenery ,that’s why Meteora have been source of inspiration for many movies and TV series, including the James Bond movie “For Your Eyes Only” with Roger Moore and the well known TV series of “Game of thrones”.

What is Meteora?
Meteora is much more than a beautiful scenery. On the one hand there is a sacred place that offers peace and on the other is a place to enjoy a different view of the unique nature of Greece.

Discover the Magic of Meteora: 8 Reasons to Visit this Stunning Greek Destination 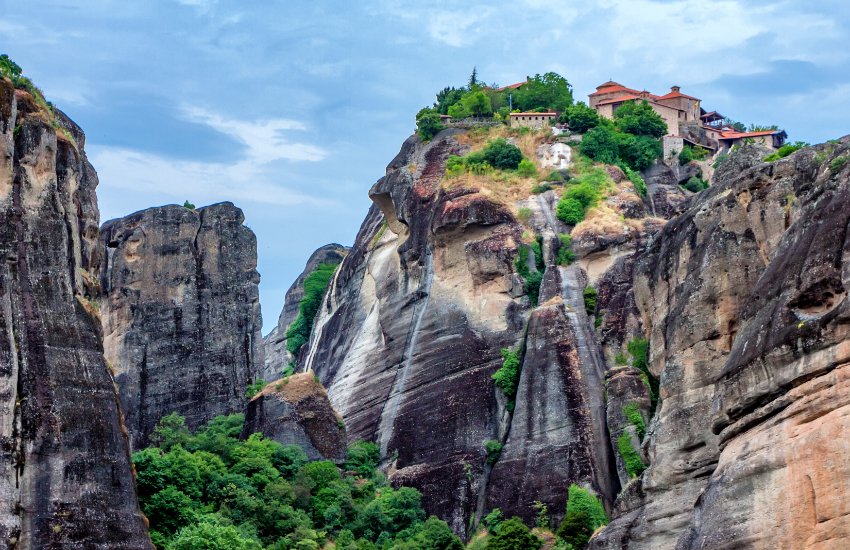